I once knew a friend named “Ace Forest” who lived in a squat shack in rural British Columbia, He would show up at the 49th parallel and when the agent would ask him “how long do you intend to stay in Canada?”, he would answer straight-faced, “two days”, or some such utterance, reasoning in his heart that after two days, he would certainly have lost all such conceptual referents to artificialities related to empires and rectilinear dissections of Mother Earth. He would simply be back on the planet again, under the infinite starry night skies, looking out across the blue waters of an inland sea, eating wild lettuce and harvesting licorice root from the sea cliffs.

That’s a bit how I feel now that the FPD (First Professional Doctorate) hubub has died down. I’ve left it at the border and am moving on with my alternate reality. Of course, no doubt, I’ll have to face The Man at the border again. Our realities will collide and there will be an opportunity to meet with other humans and with sincerity and integrity, attempt to share realities and shed some light on what is true and what is fantasy.

Pardon me while River Jordan meanders a little. I feel on best terms with Nature when I do so. I watched the movie “The Cove” a few nights ago. Nothing to do with acupuncture, except if you step outside of the box and contemplate some of the larger issues. But first, a few river levies for those who need linear context: This movie exposes how insane humans can become when they get locked into mindsets. The people in a Japanese small fishing village engage in mass slaughter of dolphins because they view the dolphins as pests that interfere with traditional fishing interests. (The American equivalent is shooting wolves from helicopters a la Sarah Palin.) Meanwhile, the scientists are telling us that there is grave danger of a global collapse of fisheries within our lifetime. See the movie. I’ll stop here and flow back towards acupuncture….gradually.

Another article in this morning’s New York Times caught my attention, discussing the looming federal deficit which is poised to cripple our country: “Unless miraculous growth, or miraculous political compromises, creates some unforeseen change over the next decade, there is virtually no room for new domestic initiatives for Mr. Obama or his successors.” I.E. Say good bye to social services like health care. Well, actually, that’s the problem, health care never was a social service for everyone. When was the last time you saw “public option” in the news headlines?

I think we’re getting closer to acupuncture now. But one more meander: Haiti. A nation which had next to nothing just got crushed down to nothing. Weeks after the quake, reports indicate that many have received little help and are fending for themselves. Last week I read a piece about how medical airlifts to the U.S. were being denied because there was a squabble over who would pay for it. Nobody took responsibility for the decision.

Could these people use acupuncture? Most definitely I believe. But for most of them, food, water, housing, and emergency medicine are probably more urgent priorities. Nonetheless if the Red Cross were to wake up tomorrow and spend .001 percent of it’s mega-millions on acupuncture, five needles in each ear would go a very long wa.

Sorry, if you were looking for a focused blog piece, this isn’t it. It’s time for lunch and I’ve got to make it myself, and this is really too big to neatly tie together in one final paragraph, and it probably shouldn’t be. It’s supposed to make you think! Draw your own conclusions. Okay’s here are a few last drops:

Let’s think about doing more with less. Let’s expand our idea of justice – not just serving our profession, but serving all people on the planet, all creatures even. Giving more and taking less. And if you’re still along for the ride, please visit “The Cove” and do something to help the dolphins. 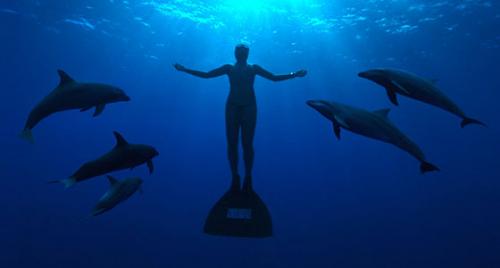 Some clinics in the survey described in my blog, “Survey of CAN clinics” also included data about how many people pay at what level on the sliding fee scale.

After graduating from the Northwest Institute of Acupuncture & Oriental Medicine in 1997, I had a hobby practice for a few years before moving to Northern India to study Buddhism. During this time, I volunteered in a local clinic, giving acupuncture to Tibetan refugees and Indian nationals. <p> Returning to the U.S. in 2002, I started a typical insurance based acupuncture practice catering to the upper middle class. In 2005, following Hurricane Katrina, I volunteered with <a href="https://www.acuwithoutborders.org/" target="_blank">Acupuncturists Without Borders</a>, using community style acupuncture to treat trauma victims in a natural disaster setting. </p> Inspired by the power and efficacy of acupuncture in a post-disaster setting, I began to contemplate issues of socioeconomic class. What could be done to make acupuncture accessible to everyone and still provider a livable wage for an acupuncturist? After attending WCA's first conference in October of 2006, I had found the answer to that question. In January 2007, together with my partner Serena Sundaram, we founded <a href="https://www.communichi.org/" target="_blank">Communichi</a>, Seattle's first dedicated community acupuncture clinic. <p> As a Buddhist, I believe that healing begins in the mind. As the positive qualities of wisdom and compassion are cultivated in the mind of a practitioner, this permeates the patient-practitioner relationship and the treatment environment in general, resulting in more effective treatments. </p>